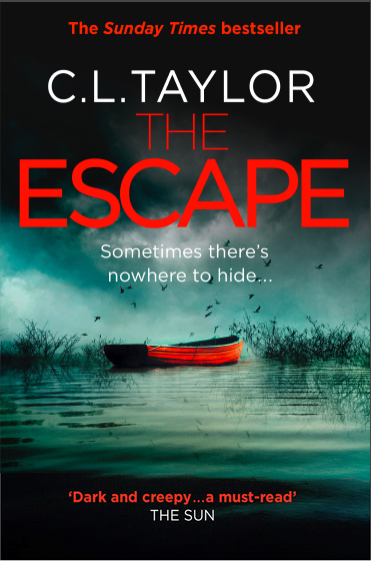 Earlier this week I sent an exclusive email to the members of the CL Taylor Book Club giving them a sneak peek at the cover of my fourth psychological thriller and a bit of background about what inspired me to write it and how much research I had to do before I could write a word (answer: a LOT!). I am really, really proud of this novel. It’s rooted in reality (what happens to Jo could happen to any parent) and it’s a pacy, heart-in-the-mouth read. I’m really excited to hear what my readers think of it. Roll on 23rd March!

When a stranger asks Jo Blackmore for a lift she says yes, then swiftly wishes she hadn’t.

The stranger knows Jo’s name, she knows her husband Max and she’s got a glove belonging to Jo’s two year old daughter Elise.

What begins with a subtle threat swiftly turns into a nightmare as the police, social services and even Jo’s own husband turn against her.

No one believes that Elise is in danger. But Jo knows there’s only one way to keep her child safe – RUN.