Since THE ESCAPE was published back in March I’ve done a huge number of events – literary festivals, radio interviews, workshops, literary game shows and even my first TV appearance! Here are a few highlights…

Aye Write, Glasgow: In conversation with author Michael J Malone. Michael is an excellent interviewer and he asked me questions I’d never been asked before – like whether my childhood (spent in army camps) had had an impact on the way I see the world/write. 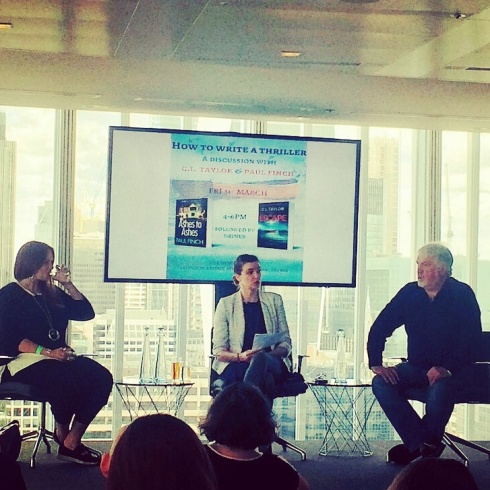 HarperCollins, London: How to Write a Thriller, a masterclass with author Paul Finch and our editor Helen Huthwaite. We also recorded a separate video for the HarperCollins Facebook page where we shared our top tips for writing a thriller. You can watch that here.

Write By the Beach, Brighton: Giving the keynote address on Sunday morning. I shared the ups and downs of my career and encouraged the attendees to bounce back from criticism and rejection because something amazing could be just around the corner.

HarperCollins Book Buyer event, London: Before I spoke to various retailers I totally fangirled over Iron Maiden’s Bruce Dickinson. A wonderful man and an amazing musician and I can’t wait to read his autobiography. I won all the girlfriend points when I got him to sign a CD for my partner who has been an Iron Maiden fan since he was eleven! 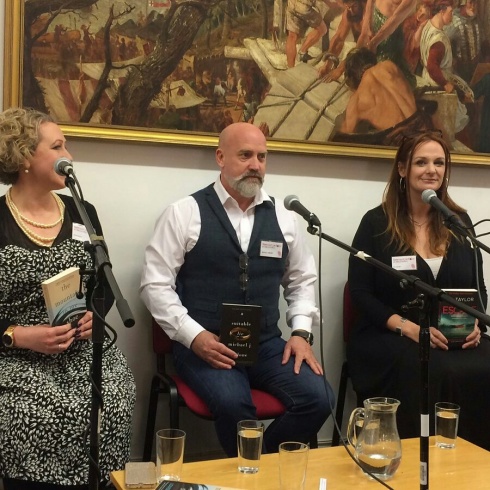 Newcastle Noir, Newcastle: I was so thrilled to be asked to take part in the Domestic Noir panel with Louise Beech and Michael J Malone. Newcastle Noir is a small festival but it’s so warm and friendly and I had a wonderful time. I also took the chance to walk around Newcastle and see how much it had changed since I was last there 20-odd years ago. Dr Mark Moss, who did a degree with me and is now the Head of Psychology at the University of Northumbria, showed me around the university. It has changed so much I barely recognised it.

Crimefest, Bristol: It’s right on my doorstep but this year was my first CrimeFest panel. I chatted about the role of friends and family in crime fiction with Louise Beech, Thomas Enger and Gunnar Staalesen (chaired by Lucy V Hay). I also went to karaoke with a bunch of other crime writers after dinner one night but the least said about that the better! 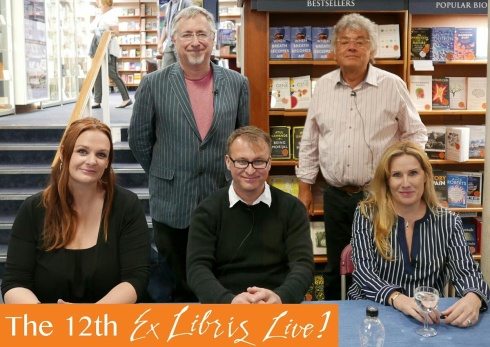 Blackwells, Oxford: My first literary panel show! Recorded in front of a live audience, Sarah Churchwell, Danny King, Rob Duncan and I had to provide the first and last lines to various books and try and bluff our fellow contestants. I came fourth in the first round (the shame!) but won the second round (let’s just say I do a very convincing impersonation of David Icke!)

Made in Bristol TV, Bristol: Bristol has its own TV channel and I was thrilled to be invited onto ‘The Crunch’ to talk about my books. I have never been more nervous IN MY LIFE and it was a bit of a weird one as my interview was interrupted by live news reports about anti Theresa May demonstrations in Brislington but I survived it! You can watch a snippet on my interview on my Facebook page.

Looking back I probably did too much (I feel like I’ve barely spent a weekend at home over the last few months) and I’ve spent the last six weeks suffering with a chest infection. After two courses of antibiotics and a course of oral steroids I finally feeling halfway human again and a break from back-to-back events means I’m also making good progress with the newest novel – 21,000 words into the first draft and a deadline of 12th August.

I’ll be taking the second half of August off then, in September, I’ll be jetting up to Stirling to teach a ‘how to write a thriller’ masterclass on Friday 8th September and on 9th I’m on a panel with Clare Mackintosh and Sarah Pinborough.

In October I’ll be appearing at the Bristol Festival of Literature and the Killer Women festival in London (details TBA). Then, at some point, I need to start thinking about writing my second YA thriller.

Talking of which the first one, THE TREATMENT, has been edited, copy edited and proofed and I’ve seen the stunning jacket. We’ll be revealing it to the world at the YALC conference in Olympia at the end of July where I’ll be signing proofs and chatting to bloggers and readers. It’ll be published by HarperCollins HQ on 19th October and is available to pre-order now!

On 7th November my US publisher will be publishing The Missing. Isn’t the cover gorgeous? You can pre-order it here. 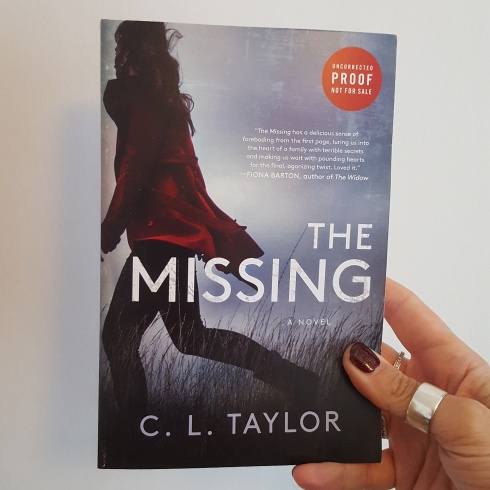 My last bit of news is that THE ESCAPE has been shortlisted for two Dead Good Books awards – Most Unreliable Narrator and Most Recommended Read.

If you have enjoyed THE ESCAPE please vote. It shouldn’t take more than a minute and I’d be incredibly grateful!