At the time I remember thinking, ‘ten books? TEN!’ It felt like an unachievable number and I secretly hoped that he was wrong – that my first book would be a smash hit and I would ride the wave of that success for the rest of my life. It makes me laugh, thinking how naive I was.

Of course there ARE authors who have a smash hit with their very first book – who get a six figure advance, 40+ foreign deals and a Hollywood film deal, before the book has even gone to the printers – but it’s rare to achieve that level of success so early in your career. If you look at authors who hit the number one slot on Amazon for months and have 2,000+ reviews, you’ll often find that the number of reviews for their second book is a LOT lower. You can only be a debut author and generate that level of excitement once.

Darley might have a point about it taking a LOT of books to build a career but that trajectory isn’t always a straight line (in fact it rarely is). As my agent  Madeleine Milburn said to me recently – almost all authors’ careers have peaks and troughs. The lows are grim – they can make you wonder why you bother writing books at all – but the highs are AMAZING. It’s often said that publishers gamble on books. They don’t know which one will be a smash hit so they place their chips, and marketing spend, on one or two books a year, and spin the wheel, hoping for a win.

I increasingly think authors are gamblers too. We’re forever chasing the highs – a good review in a magazine, a new foreign deal, a TV option, a full house of supermarket slots, an award nomination (or win), a ‘best of the year’ placing, bloggers raving about our novel, Waterstones book of the month or an email from a reader saying they don’t normally enjoy reading but they flew through our book in a matter of hours.

The highs are addictive. They make us feel good about ourselves, they temporarily allay imposter syndrome and they’re exciting. But then we fall into a fallow period (often when we are writing a first draft) and the good news dries up. As we scroll through Twitter looking for distraction all we see are other authors celebrating the things we’d like to achieve. And that’s when the doubt sets in. Where is our good news? Why don’t the supermarkets/Waterstones/indies want to stock our novels? Are our disappointing sales figures the beginning of the end? Are we too crap a writer to ever win an award? Writing is too stressful, what’s the point?

I’ve been there. It might not seem like it when my social media is full of shiny, shiny happy news but I’ve had my fair share of professional lows in the last ten years. Every author I have ever spoken to has. But the key to making a career as an author is determination and perseverance. Sarah Pinborough wrote 20+ books before Behind Her Eyes went MASSIVE (filming is currently underway for the Netflix adaptation) and I’m sure Steve Cavanagh won’t mind me saying that that the first few books in his Eddie Flynn series didn’t fly high until Thirteen, his fourth book in the series went stratospheric and won him armfuls of awards, was featured in Waterstones window displays across the UK and sold in the hundreds of thousands. Rosie Walsh’s books written under the pseudonym Lucy Robinson were ADORED by her readers but it wasn’t until she wrote ‘The Man Who Didn’t Call’ that she really hit the dizzy heights of publishing with an incredible US deal and over a million copies sold internationally.

This year has been my high – the best, most exciting year of my career where I’ve experienced so many amazing things for the first time. I feel really awkward admitting that. It’s very un-British of me. But, knowing this career, there will be lows again at some point and I want to remember every amazing thing that has happened this year and all the long held dreams that finally came true. None of the things that happened would have been possible without the hard work of my publisher Avon Books, the support of my agent Madeleine Milburn and the wonderful people who reviewed, stocked and bought Sleep.

It took ten years to achieve all these things and I am hugely grateful and very, very lucky.

My first hardback was published and it went to number 4 in the Sunday Times original fiction list. 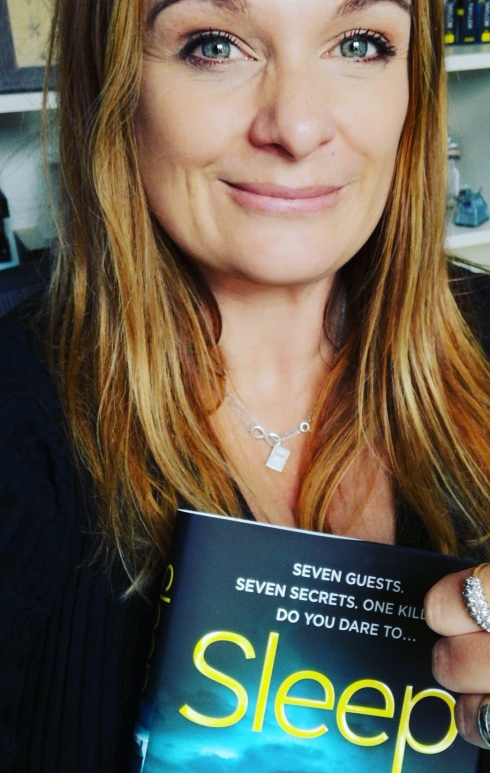 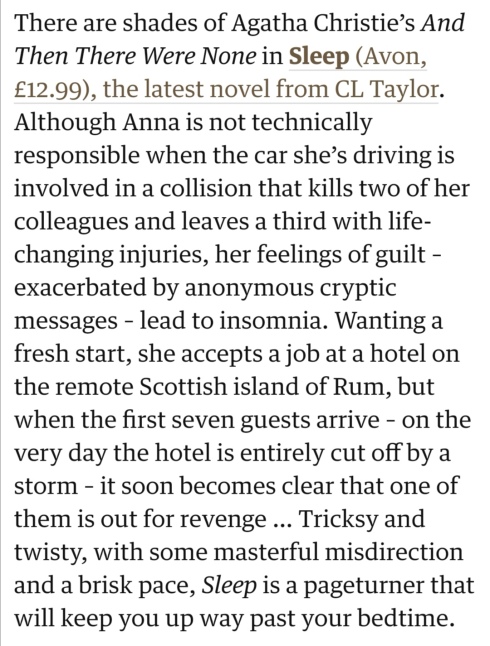 I went on my first book shop tour across the UK, shared the stage with brilliant authors and met loads of readers. 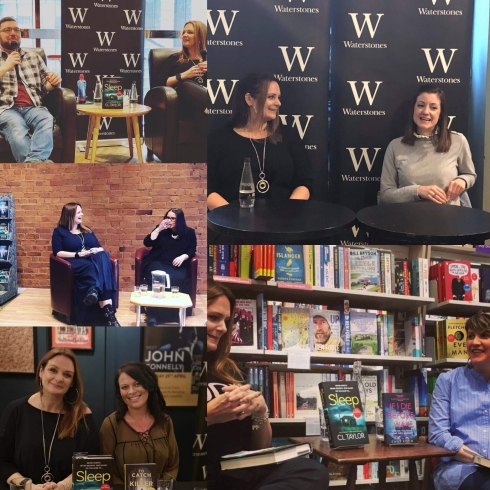 I had a launch party in the amazing Goldsboro books (for the first time).

I went to Denmark for my first ever foreign publisher event.

I took part in a panel at Bloody Scotland in front of 200 readers and appeared on stage with Richard Osman, Susi Holliday and Mark Billingham (and we won the quiz!) .

I dieted like mad (lost nine pounds in two weeks) but still wore two pairs of spanx when I appeared on the Sara Cox show with Ross Kemp and Ricky Wilson from the Kaiser Chiefs.

Sleep was selected for the Richard and Judy Book Club and I was interviewed by the legends themselves.

Tube posters for Sleep appeared all over London. 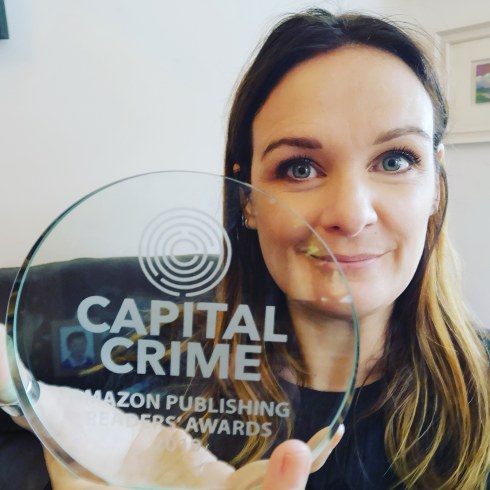 Sleep took the number five slot in the Sunday Times paperback chart and has now sold over 150,000 copies across all formats.

And finally…my highlight of the year, and nothing to do with publishing…

Back in October my partner of ten years, and the father of my son, took me to North Devon for my birthday. It was too dark and rainy for him to suggest a walk on the beach after dinner so he got down on one knee in our hotel. He asked me to marry him and I said yes.

Now there’s a plot twist even I wasn’t expecting…