It’s 3rd January today but I don’t feel as though the year has started yet as my partner and son are still on holiday. Correction, I don’t feel as though my WORKING year has started yet. I’m not great at working on an ad-hoc basis, grabbing a bit of time to write here and there. I need long stretches of time, ideally alone, when I know I won’t be interrupted. That’s not to say I’m NOT working. A huge part of writing is thinking and that’s something I’m doing a lot of while I walk the dog, fold the laundry and pack up the Christmas decorations.

If you were wondering why my blog was very quiet after my last post in October it’s because, in November and December, I was hard at work writing my second book of 2018. I decided to use NaNoWriMo as my impetus to make inroads into my second young adult thriller (as yet untitled) but, the more I wrote, the more I disappeared into the story and the more determined I became to finish it. And I did! I typed ‘The End’ in a hotel room in Vauxhall one hour before my agent Madeleine Milburn’s Christmas party (that first glass of fizz tasted GOOD!)

If you loved The Lie I think you’ll enjoy my second YA thriller –  exotic location, strange and unexplained events, heightened suspicion, tension, characters turning against each other…

Anyway, as tempting as it was to immediately start the second draft I knew I had to let it rest for a bit – mostly because I wanted to relax and spend time with my family over Christmas. It was hard to let it go but, as well as chilling out, I needed to give myself some headspace to let my next book come to life! The idea for my seventh psychological thriller (eleventh novel), originally came to me back in August (actually, one of the characters has been in my head for years, waiting for the right story to come along) and, whilst it wasn’t a fully formed idea, I knew enough about the story to run the basic premise past my agent and editor and it got the thumbs up.

Percolating time is important for a book. Most writers find that pressure and lack of time completely stifles creativity and it’s when you’re relaxed and mentally open that the best ideas come to you. Trying to force a story together inevitably means you either get blocked and freeze completely or the passion to write it just isn’t there.

When I finished writing the first draft of the YA in mid December the last thing in the world I wanted to do was start writing a new novel. Just the thought brought me out in a cold sweat but I’m starting to feel the itch to create again. The characters in book seven are starting to gabble quite loudly now and I’m desperate to get to know them and make sense of their stories and how they interlink (for those of you who loved the structure in The Fear it’s going to be another three hander). Plotting and planning is my favourite part of the novel writing process so roll on 7th Jan when I officially start my year. 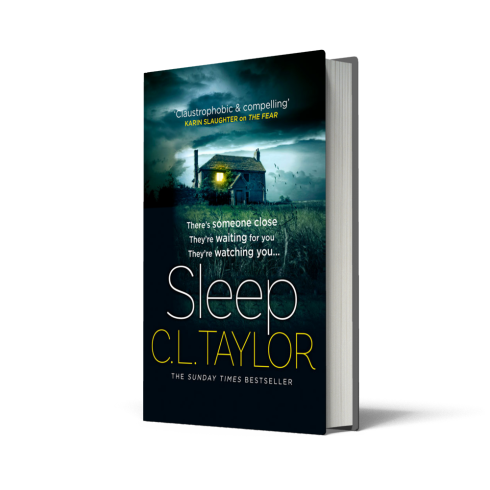 P.S. Don’t forget that Sleep, my sixth psychological thriller is out on 21st March. You can pre-order it from the following places:

P.P.S. I’m not sure when the YA thriller will be published. 2020 or 2021 have both been mentioned so I’ll let you know as soon as we have a firm date.